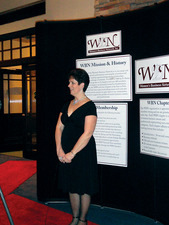 In years’ past, networking was a man’s game, usually played out on the golf course. But in 1989, a group of six women who understood the importance of networking and the fact that there was really no solid support system in place for women in business to help each other, formed their own networking community. They called it the Women’s Business Network (WBN).

WBN Public Relations Director Donna Cheswick first became involved with the WBN more than 11 years ago when she was growing both her company and her reputation within the financial consulting industry. Her interest in the group’s mission to “provide personal and professional resources to advance the presence of aspiring and successful businesswomen” was something that attracted her to the group. 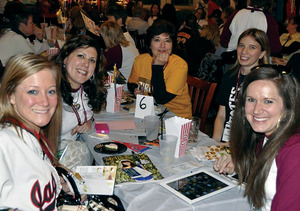 “The WBN is not only for women just starting out in their business or industry, but for those who have been doing their work forever. We don’t just network, but we also learn from each other and draw on each other’s experiences,” she explained. “We support each other both professionally and personally. While each member has her own individual story as to why she joined, we all come together for the common good.”

The variety of educational opportunities offered to enrich women on a professional and personal level was another draw for Cheswick. “We have table topic sections of our meetings and leadership trainings where members can learn how to improve their business skills which, in turn, can help grow their businesses,” she said. WBN members also receive access to special events, exclusive members-only discounts and advertising opportunities.

The WBN also gives back, not only to each other, but to the community. “WBN members give back to their communities on two levels; first, the entire organization adopts a yearly service project that we support together,” said Cheswick. “Second, each individual chapter has its own service project that they support. Projects have ranged from food banks and women’s shelters to raising money for a child who needed surgery, to Angela’s Angels, an organization that supplies prom gowns to young ladies who otherwise would miss attending their proms. Each person gives as they choose—some members donate products and services, while others offer monetary donations or their time.”

The WBN has 26 chapters in six counties throughout southwestern Pennsylvania, with approximately 400 members. Per chapter, there are no two services that are duplicated to prevent competition. Networking between the chapters is highly encouraged, as some chapters are smaller than others, and numerous networking events are held throughout the year to bring the chapters together in an organized way. “These events encourage advice giving and getting, and it’s really nice to have peers who talk to each other and, in a way, compare notes as to what is going on within a specific industry,” said Cheswick. “As with all networking groups, you get what you give. If you don’t participate, you can’t expect to reap the rewards of increased business!”

She also shared that the key to networking is not just about the people you meet, but who those people know as well. “One resource can lead to another—it’s like having a whole network of experts in my back pocket,” said Cheswick. “And since a referral is a reflection of me, I want to make sure that it will be a positive experience, so I vouch for those I’ve built strong relationships with over those I haven’t.”

To learn more about the Women’s Business Network, visit www.wbninc.com.