On this anniversary of the founding of the United Nations, what’s the only country ever asked to leave the UN? The UN was founded in October 1945, and Taiwan was an original member. But mainland China, which still considers Taiwan part of its country and not an independent country, managed to get enough support to expel Taiwan from the UN in 1971. Thus, Taiwan has become the only country ever ejected from the UN. Many say that this is unfair, because Taiwan is a functioning, 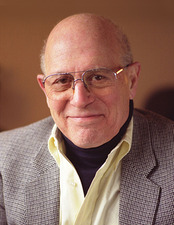 independent country, but China still manages to keep them out.

—the Vatican, which chooses not to be a member (although it does have an observer there), and Kosovo, whose independence has not been recognized by all countries and therefore has never been a member.

The UN essentially replaced an organization called the League of Nations, which had been formed after World War I with the avowed purpose of preventing future world wars. But the League was weak with little power or influence, and obviously failed in its mission with the advent of World War II.

In 1944, U.S. President Franklin Roosevelt led the movement among various world leaders for the creation of the United Nations, and the UN came into being two months after the end of World War II. Its listed objectives include maintaining peace; promoting human rights and providing humanitarian aid around the world. In its 69-year history, it has had varying degrees of success.

The world headquarters of the UN is in New York City on land donated by the Rockefeller family. That’s the only place in the United States where another flag may fly above the U.S. flag, with the UN flag permitted to fly above flags of all other nations. All 193 member nations have equal representation in the UN General Assembly, but the real power is in the Security Council, which is composed of five permanent members—the U.S., United Kingdom, France, Russia and China—plus 10 revolving member countries. The Security Council’s power comes from any one of its five permanent members’ ability to veto any actions.